*Taking a short break from our series on language to address a recent episode of “The Story of Us” hosted by Morgan Freeman. We’ll get back to language next week. Also, please note that the link to the website below shouldn’t be viewed by younger readers without adult supervision.

It’s hard for me to think of anybody calling Fred Phelps, Granddad, or Grandpa, or PawPaw.

It’s hard for me to think of him as a grandfather at all. But he was.

His granddaughter, Megan Phelps-Roper, gave a TED talk this past February in which she shared her experience growing up in the church her grandfather planted in 1955 in Topeka, Kansas.

The church has become synonymous with hate speech toward the LGBTQ community. First known for picketing the funerals of men who died of AIDS in the early 1990s, the small fundamentalist church has continued to protest anything they believe is an outgrowth of homosexuality. This includes such far-reaching events as the funerals of soldiers killed in combat in Afghanistan and Iraq, believing these deaths to be an expression of God’s wrath against America, solely because of a change in socio-cultural views of sexuality over the past couple of decades.

And I don’t even want to mention their website.

Anyone who doesn’t adhere to the church’s beliefs is subject to expulsion from the church. 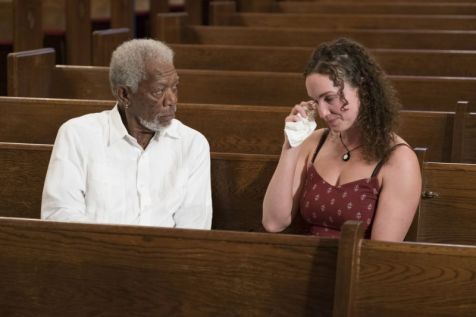 Although Megan’s transformation is amazing to listen to, that wasn’t what got me when I heard Morgan Freeman interviewing her last week on the National Geographic channel’s documentary, “The Story of Us.”

I was moved by her tears when she talked about losing her family.

“It was agonizing, excruciating. Imagine if you thought you were going to lose everyone you loved and cared about….so many things, like family recipes, home movies, photographs…” Megan choked back tears. “Once you leave, you’re gonna lose everything and everyone. It was like, where am I gonna go? Who am I going to be? The idea of losing all of them. It was terrifying.”

Those were Megan’s feelings, her fears, as she was simply beginning to question the contradictory beliefs and behaviors of her church.

Because no one who has grown up LGBTQ in a Christian home – and an overwhelming majority of us have – hasn’t wrestled with these feelings. We’ve all been terrified of losing everything and everyone we love.

The irony of Megan’s story is that the person who first challenged her beliefs (on Twitter, of all places!), also responded with kindness and compassion. It was his kindness and his willingness to ask sincere questions, Megan said, that helped her to eventually see the contradictions in what she had been taught to believe.

I’ve seen Megan’s tears in countless people over the last decade. I’ve experienced my own share, as I’ve questioned my faith. Because growth requires questioning, sorting out, deconstructing and reconstructing, coming to terms with what you believe and making your faith your own. Add to that the often debilitating fear that in simply questioning what you believe, you will be ostracized from your family, and Megan’s right. It’s excruciating.

For LGBTQ people raised in Christian homes, the agony of trying to reconcile our faith and sexuality is compounded, primarily because we go through the process internally, alone.

What would happen if each of us had someone like Megan did, who responded with kindness and compassion, simply asking us questions? Instead of responding with hostility, most often motivated by fear, what if we each had a conversation partner who would receive us where we were, knowing how scary it is to have lifelong beliefs challenged for the first time?

What if the risk of losing your family and friends because you held a different point of view – because you simply asked a question – could be eliminated altogether? What if the potential loss of belonging in your family wasn’t even a consideration?

A lot more conversation would be taking place over dinner or driving to school, if that risk was removed.

I can’t help but wonder, what if someone in Megan’s family had been the one to extend the most kindness and compassion to her when she began questioning what she believed?

But maybe she wouldn’t. 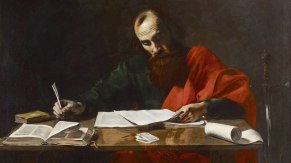 Lately I’ve been thinking a lot about what it must’ve been like for the apostle Saul, later known as Paul in the New Testament, after he was blinded by the Light on the road to Damascus, heard the voice of the Lord calling out to him, and for the first time believed that Jesus was who he said he was. I wonder what it was like for Paul the first time he encountered old friends and family after his conversion experience. I can only imagine that it would’ve been difficult for some, if not all, of his community to accept him, given such a drastic 180 degree shift in his views. Perhaps they ostracized him, too, for coming to a different place in what he believed about God. Maybe Paul knew what it was like to have a grandpa reject him.

Or maybe his community continued to love him for who he was – their son, brother, nephew, grandson, uncle, cousin, friend – even if they disagreed.