*I promise we’ll get back to our language series, but it’s a holiday week, you know, and there are things to be said about holidays….

So last week I went to see a friend perform in a production of the Pulitzer Prize winning play, Wit, about a woman who dies of ovarian cancer. Yes, friends were concerned about me seeing it, thinking it might hit too close to home. For those of you who may not know, I was diagnosed with breast cancer last spring and have been going through treatment since then. Not to worry, I told them, because it’s not my cancer – not my prognosis – not my story.

But it was still hard to watch.

Cancer is, in the playwright’s words, “an insidious disease.” Anything that requires injecting just enough poison into a person without killing them in order to eradicate the cancerous cells is indeed “insidious.” When the treatment for a disease makes you feel worse – far worse – than you did to begin with, well, that’s an experience you wouldn’t wish on your worst enemy.

And you especially wouldn’t want to go through it alone.

That was the hardest part of watching the play, as the protagonist experienced eight months of debilitating chemotherapy treatments without any family or friends by her side. She was 50, single, with no family. When her doctors and nurse asked if there was someone they could call for her, the answer was always, “no.”

Sure, maybe there were people, and she did have a former professor come to visit in the last days, but there were a whole lot of scenes in which she was all alone.

Some things just aren’t meant to be experienced alone.

The play made me think of the aloneness that quite a few will experience this week. 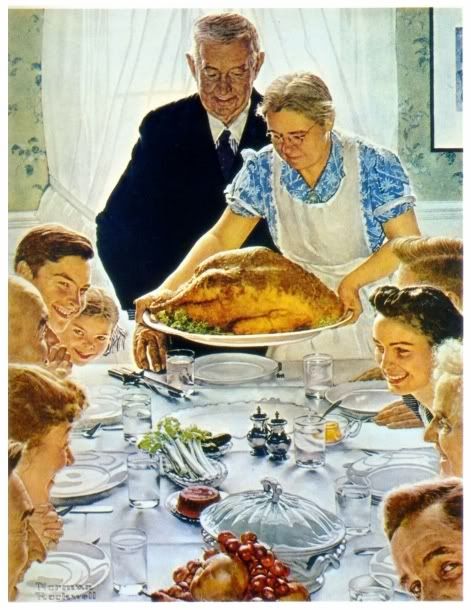 This week there will be people who have nowhere to go. No family to go home to and experience Thanksgiving as they remember growing up. It may seem impossible to believe, but it’s true. Students who have been told if that’s the way they’re choosing to live, then just don’t come home. Sons and daughters who are told they’re welcome, but no one else. Or maybe the estrangement has been going on for months, years.

And we could get caught up in all the reasons why, as though there might be something to justify families being separated, but that doesn’t address the pain.

What would it take for this to be the year that someone reaches out? To say, let’s start over, let’s make this right. I’m sorry. No more separation. Even if we disagree – and what family will gather this week who doesn’t have matters on which they have different perspectives? – nothing calls for such a drastic move as not allowing a child to come home. Even if our spiritual beliefs call us to disagree, because a parental love that’s patterned after God’s love knows that

And yet there will be people who spend this week alone.

Unless the rest of us step up, being hospitable, opening our homes, being aware that we need to be family to someone who’s estranged from theirs. Because

“God places the lonely in families…”

Maybe he’s just waiting on us.